Paint the Internet black. No. I don’t know how you would do that…I guess we could just shut it all down and then pour some tempera down those tubes that Ted Stevens was talking about. It doesn’t matter. I’m not in the mood to argue.  Janet Jackson quit showbiz because she married a rich religious guy. So? She was already rich and religious…why you gotta quit on us Janet? Why?

Is it because people keep mentioning that you were on Fame?

Dammit, Lerlines! I will make you love this show.

Yes. We mention it because you were awesome on it–in your modified Dorothy Hamill haircut and your button up Oxford shirts, and your signature brilliant dance move which can only be described as a grapevine into booby shimmy.

Is it that we mention that you were Willis’s girlfriend on Diff’rent Strokes? So? You were, and you were the best God damned thing that ever happened to that constantly upstaged beanpole.

The guy on the right is waaaay out of his league.

Is it because we post pictures of you as Penny on Good Times with a band-aid on your head. So? That little abused bundle of sass was the best thing to happen to Wilona since she had the good sense to put the words buffalo and butt together.

Now Penny, remember to always match your hat and scarf to your low-cut dress. Always.

Oh…do not even get me started on that time you were the best thing to happen to Eddie Murphy since the 80s because I promised myself I would not cry. 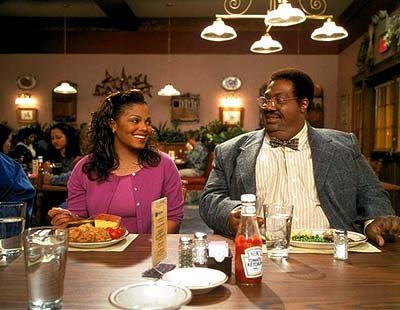 Makes you almost want to watch this movie…doesn’t it?

Oh Janet. You know how we feel about you.  So please…don’t leave us, but if you must…leave us with three things to remember you by: A band-aid, a button-up Oxford, and a zoot suit. …We promise not to sell them on Ebay.

Happy December 10th! Today is my birthday, but I didn’t even need to click on over to the Dlisted Birthday Sluts to know who my top sluts were. No! Not that slut Kenneth Branaugh. He barely cracks the top five. He falls somewhere between Raven Symone and Meg White. Susan Dey is my number two slut because she is pretty and because she was so bad on The Partridge Family that I kind of worship her for it. How did she stay employed? She barely knew her lines. 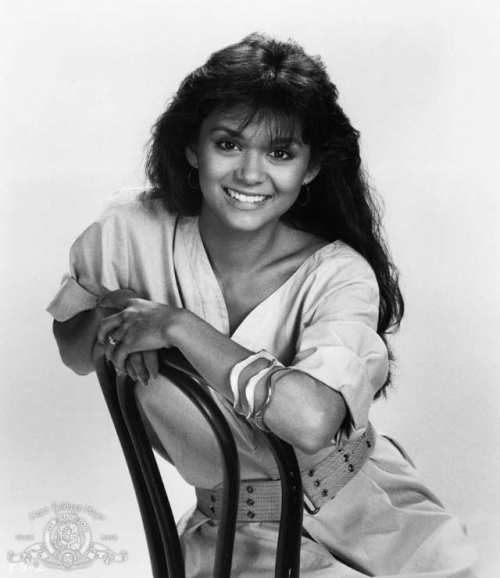 Nia “Bangs” Peeples straddles a chair like a boss.

But, sorry Susan, My number one birthday slut is, and has been since 1984, Miss Nia Peeples. Nia Peeples. She was on Fame. No. Not the movie. The TV show. It was like Glee, but with less money. Here watch: 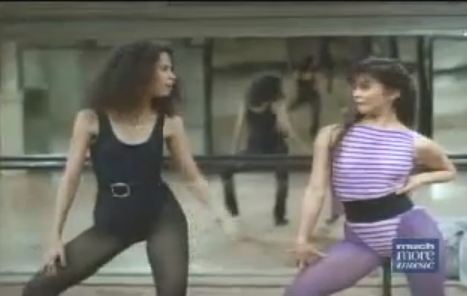 First of all, no one rocked a high-cut leotard with a wide belt like Nia. Second, I take it back. Fame was not Glee. It was better than Glee. Glee uses real songs by real professionals. These kids had to shake their leg warmers to original songs written by an eighth grade music class they kept chained in the supply closet at the studio. And they had to make it look good. Not easy.

I know what you’re wondering. You are wondering whatever happened to Nia Peeples. … Because you are stupid. Come on! What do you think happened to her? She’s on a stupid basic cable drama and she’s still hot. Check it.

Back off, beyatch. You aren’t fit to carry my satin duffle bag.

Posted in Birthday Tribute, Fame, Life at The Slumber Party