Thirteen years ago to this day, a college friend of mine took me to a party next door to the most pretentious grocery store in San Francisco, where I met fellow SlumberPartyMovians Melinda and Karen.

It was a Bastille Day party. Melinda was bent over her oven, pulling out a tray of French fries. I mentioned that they were Fronch! Fries! And she said she also had Fronch! Toast! And Peru! And an epic friendship was born.

It wasn’t until about two weeks later, when Karen said “The Chauffeur” was the sexiest Duran Duran song ever, that my official self-adoption into their family was complete, but suffice to say: June 2001 was a very good month.

Friday Morning Videos: “Mind Over Matter”…. And a tribute to Roger Ebert.

It’s not Friday. I don’t care.

I checked into Facebook an hour or so ago and saw that one of my friends had changed his cover photo to an adorable picture of Siskel, Ebert, Telly the Monster and Oscar the Grouch. I laughed. Then I scrolled down and saw why he posted it: after many years of an epic battle, cancer finally proved, again, that it sucks the most of all the things that suck. It took Roger Ebert. Come on, cancer. We all agree you’re the Suckiest of the Suck. Just stop.

My dad, sister and I watched Siskel and Ebert religiously. Our local movie theater, a converted opera house, had its own balcony, and it was always closed because of the extreme rat infestation up there, but we always fantasized that we’d sneak up there, just like they did, and get to Talk Movies. In college, my pledge name was “Siskel,” presumably for all the VHS videos I had in my room, and I remember grumbling to a friend that I was SO more Ebert than Siskel.

In the last few years I’ve been reading Ebert’s blog regularly, checking into it every few weeks, and realized some things I hadn’t known about him. He’s a brilliant writer, first of all. He’s a compassionate person. He’s a devoted husband, crazy about his wife in a way that most of us can dream about, and she’s the most extraordinary person: beautiful, strong, and fiercely caring for him. Of course, those descriptions all came from him, and I can’t imagine that he’d ever see her as anything but a warrior angel.

It breaks my heart to re-read those sentences and realize I inadvertently used present tense, and that I should’ve said “was.” He WAS those things. Cancer. Suck.

After wiping the tears from my keyboard, I knew I’d have to post a SlumberPartyMovies tribute to him. To what I’m sure would’ve been his horror, I first thought of “Summer School”–a movie I saw in a drive-in double feature, paired with “Lost Boys.” (BTW: How radical am I? Except that was the first time I’d worn my contact lenses, and one fell out during “Cry Little Sister.”)

My sister and I loved this movie. Like, LOVED it. Like, one summer, when we were totally bored, I helped Samantha write down every word of the movie in the computer so we could print it out and have the whole script. Kids, this is what your elders did before the internet. 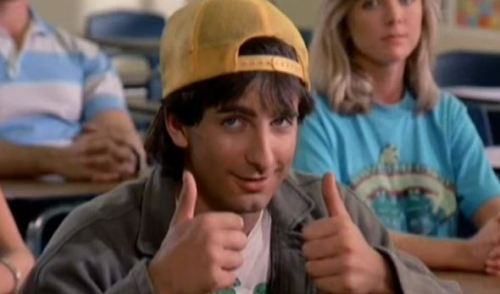 I tried finding a scene from the movie when Chainsaw and Dave give one of their Siskel and Ebert reviews–like after the roller coaster, when they give a thumbs-up/thumbs-down, and then confirm it’s a thumbs-up when a classmate barfs into the garbage can. But I couldn’t find it. What I did find was this gem.

The song, “Mind Over Matter,” rocks on every level, and we had it on our version of repeat, which is to say, we recorded it over and over on a whole tape and let it play continuously. The song plays when the students are taking their Big Test and going into labor, and–miracle of miracles–is sung by “Better Off Dead” singer EG Daily. (How did I not know that?)

Watch this video. You won’t regret it. Especially not the part at about 2:10 when motherfucking Carl Reiner dances in a linen suit.  I can’t say for certain, but I’m reasonably sure this is the only appearance he ever made in a music video. What else? Strobe lights, aerobic thongs, and the cast performs onstage, something you won’t see happen again until Rockula.

What did Mr. Ebert think of Summer School? I’d tell you, except the SunTimes server crashed under the weight of millions of internet mourners moments after the news broke. I can tell you what the excerpt on Google says: “Summer School is a movie like that, a comedy so listless, leisurely and unspirited that it was an act of the will for me to care about it, even …”

My guess is, the rest of the review don’t go so good.

But Mr. Ebert, I still choose to pay tribute to you with “Mind Over Matter” anyway. And this might sound as hokey as a principal letting a teacher get tenure even though 80% of his class fails summer school, but you, sir, are the greatest example of mind over matter I’ve ever known. You fought cancer. You lost half your damned face, for Christ’s sake. And still, you wrote to us, and spoke to us, and we developed with you the kind of one-sided personal bond that one can only get by being a blogger, and allowing comments, and sharing your story with the world.

We’ll see you at the movies.

Another “Feminism Happened” Life Lesson from the Better Off Dead Mom. 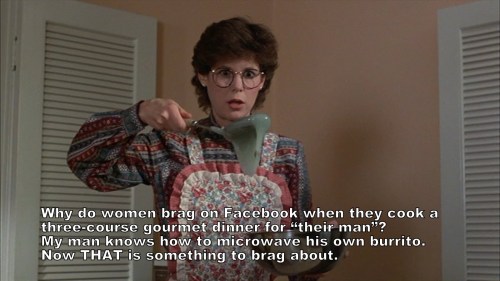 To be honest, this was not exactly inspired by Better Off Dead. It was inspired by those women…you know Those Women. The ones who are always on Facebook posting things like, “I just spent all afternoon deep-frying BLTs and cleaning the dishwasher for My Man. Isn’t My Man lucky?” When I see one of those posts, my first thought is, “Bitch, didn’t you vote for Hilary?” My second thought is, “You made those deep-fried BLTs for Your Man? What the fuck did you eat? Did you get a sandwich, or were you happy to watch Your Man enjoy the fruits of your labor while sustaining yourself on whatever bits of water-logged food you found in the dishwasher drain?” My third thought is, “Since I actually made that whole deep-fried BLT thing up, should I patent that or what?”

Posted on July 30, 2012 by shindancer in Better Off Dead, Meme, Miscellany

Other Lessons Learned From Better Off Dead

Sure we all know the big lessons learned from Better Off Dead–all French girls are hot, all blonde people are evil, all cartoon hamburgers are David Lee Roth. And those lessons are great. But here are some other important nuggets of wisdom from BOD. 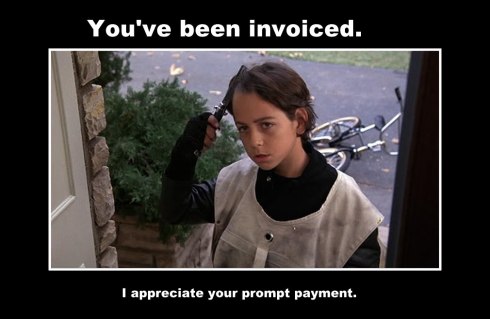 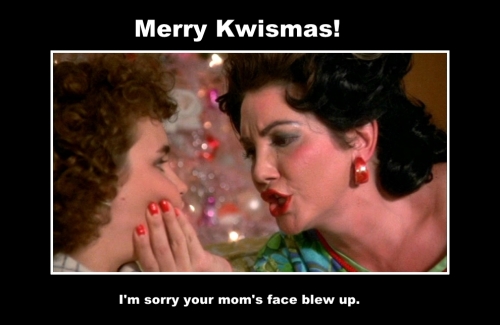 Not so much a lesson as a Holiday Wish 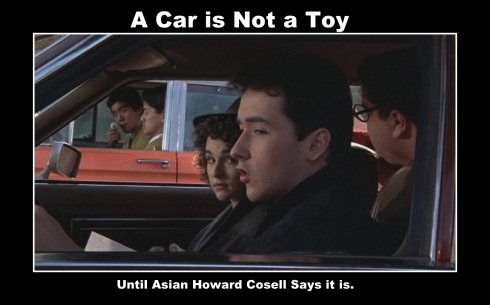 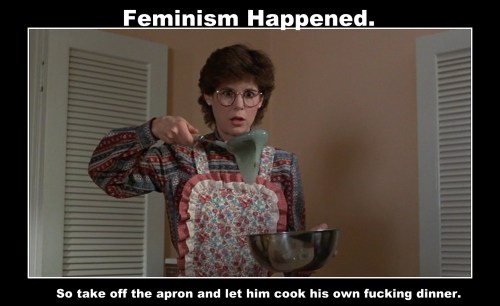 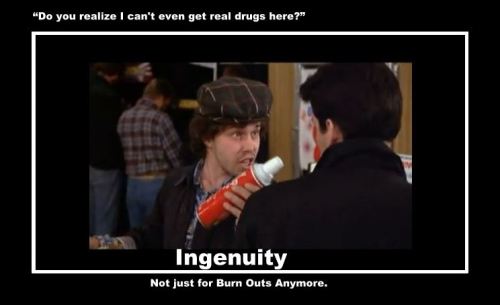