I know that in the 80s and even the 90s it was considered bad form for someone who was not KD Lang to be out, loud and proud in Music Video form, but really? Did Elton John really make a video where the cold war-torn, tragically romantic  couple looked like this: 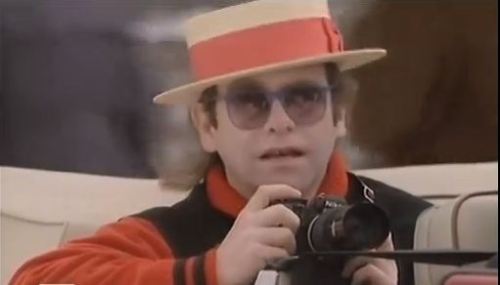 The Dashing Foreigner in The Be-Ribboned Tap Dancer’s Hat. 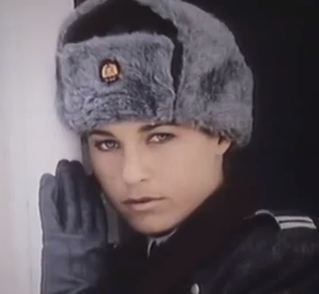 A Beautiful Model/Border Crossing Guard Who Was Born Female.

Yes. It happened. Other things that happen in this video for some reason: Elton and Nikita go bowling. Elton wears many different caftans and tap dancer’s hats. Elton and Nikita slow dance at a weird European disco. They play chess. They watch a football game while Elton is wearing comically over-sized boots.

Horrific. You can watch it if you want, or you can just pretend that the video’s star-crossed lovers are these two lookers…and all will be right with the world.

Ah! Elton and Bruno! Isn’t that much better?

Posted in Wait...Did That Really Happen?

A six-foot rabbit in a hat has nothing on this.

Was there really a period piece starring Carrie Fisher and Chevy Chase, set in 1930s Hollywood and revolving around the munchkin auditions for Wizard of Oz? And did it really culminate with Billy Barty, as a womanizing Nazi, being chased by a crowd of little people through the set of Gone With the Wind? Or was that just a flashback to some bad acid we did at a Phish back in the early 90s. Well, … I … erm … I’m not sure. Those Phish heads had some seriously mind-bending sh#t. So I’m probably to wrong person to ask. Here, look at this video and tell me if you see it too.

Posted in Wait...Did That Really Happen?

Have you ever remembered a movie from your childhood, but it was so weird that you thought to yourself, “Wait…did that really happen, or did I do a lot of peyote as a child? Was that an actual movie, or something my mind created to block out the memory of fourth grade PE class?” As a public service, Slumber Party Movies will solve those cinematic mysteries for you…one botched-rope-climb replaced memory at a time.

The first “Wait…Did that Really Happen?” is the one where that guy creates a line of jeans with the ass cheeks cut out that sweeps the nation because it turns out, no one really wants their pants to actually cover their asses. Was this a hallucinogenic-fueled mental-break or actual movie? ACTUAL MOVIE. Yes! So Fine came out in 1981…and that guy? He was played with relentless maleness by Ryan O’Neal. Don’t believe me? Here is the evidence.

ACTUAL MOVIE. Yes! So Fine came out in 1981…and that guy? He was played with relentless maleness by Ryan O’Neal. Don’t believe me? Here is the evidence.

Posted on September 22, 2012 by shindancer in History of the World Pt 1, Wait...Did That Really Happen?