Happy Friday the 13th! I don’t know about you, but on special days like this, my mind turns to thoughts of Jason Voorhees. One of my favorite Friday the 13th movies is Jason X–or as I like to call it “Jason in Space!” I don’t love this flick because it’s good…because it’s not. And I don’t just love it because it’s Jason…in space. Even though it is. I love it because after years of stabbing bitches in the head with a machete (except for Friday the 13th 3 in 3D, when he switched to spears, darts and long “coming at ya” weapons…for some reason), Jason went into space. Space! Did you ever go to space? Probably not. And not only does he go into space, but he fucks shit up there. Watch this trailer…see that? At the end…when the mother fucking space station explodes? Jason did that. Little, head-stabbing Jason blew up a mother fucking SPACE STATION!* Brings a tear to my eye.

*It should be noted that Jason accidentally blew up the space station while stabbing a bitch with a machete, but still…. 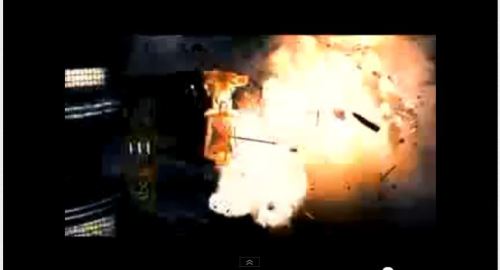 From stabbing horn-dog counselors at Camp Crystal Lake to this. Sniff.

This entry was posted in Horror. Bookmark the permalink.