The Vagina Train. Or Sexual Segregation in John Hughes movies.

Yeah…why isn’t it He’s Having a Baby, huh? Just kidding…I know why men can’t get pregnant. This isn’t a post about Rabbit Test (but when I do write one, it will be mostly about the fact that it was directed by Joan Rivers…or maybe about how Miss River’s shtick was stolen by Junior.) But there is a bizarrely not-so feminist a scene in 1988’s She’s Having a Baby (you know…the “What? John’s Hughes Directed that movie?” John Hughes movie).

I’m not saying John Hughes isn’t a feminist, (or that Kevin Bacon isn’t a feminist…if that’s what you’re thinking), but I get the idea that, when making this movie, Hughes was imagining a world where men worked, and women worked too…but they did it in a different way. And in a different place. See, there’s a scene where momentarily happy wife Elizabeth McGovern drops off her angst-hiding husband off at the train station with a great big soul kiss.

And then, freshly Frenched, he gets on a train that looks like this:

I was so freaked out by the all the smoking (and whatever those big papery iPads are), that I didn’t really notice the odd lack of vagina on that train car…at first. But in the next scene, when we discover that Elizabeth McGovern is “quite the little career gal”. (Possibly a direct quote from Mrs. Poole.)  I thought, “What the heck? So…which train did our career gal take to work? The V limited? The Boobs Express?”

For a moment, I thought, maybe that was how it was in the 80s–with all the boys on one train and all the girls on another.  But it wasn’t. I mean, this movie came out the same year as Working Girl. Yes, feminists, I know the title of that movie is sexist because they don’t call men “working boys”, or even “career guys”, they just call them “men”, and also because Working Girl means prostitute in just about every language on earth, but at least Melanie Griffith and Sigourney Weaver didn’t have to ride a separate, smokey train to work. Melanie took the ferry…with everyone else. 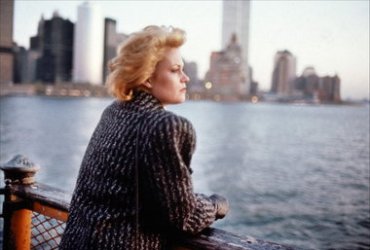 Oh…and Sigourney took a helicopter. I don’t think she let any guys ride on it.