Life can be a dream, yes? The song says so! And in dreams, they remake Clue–not as a duplicate of the first movie (as if that’s possible) but as a wonderful, 21st-Century vision of Mr. Boddy’s mansion on a hill.

In my dream cast of Clue, the script stays virtually the same, with the only differences being adjusting for gender as needed, and eliminating the lazy, easy jokes that were the hallmark of too many movies in the 1980s.

With all apologies to Tom Hiddleston and Benedict Cumberbatch, the best choice for Wadsworth is Martin Freeman. The defining characteristics of Wadsworth are that he’s British and he reacts. Martin Freeman is the next Bob Newhart, who was the next Jack Benny, and Jack Benny built a lifelong career on reaction. We know he’s funny; we know he’s very British; stop dithering and cast him.

This casting choice is credited to a Facebook friend of a friend. Dwayne “The Rock” Johnson not only is funny as hell, but he also plays serious well, and the action of moving his body from place-to-place will eliminate the need for the Cook’s fat jokes later in the script. Also: The Rock, because The Rock.

Alternate: Tim Curry.  I kind of like that idea, but I have other plans for Tim Curry.

Wait a minute. Who did I kill?

Professor; condescending; can do slightly sleazy. Who’s it gonna be? Viola Davis. She’s brilliant, and from HTGAWM, we know she makes a kick-ass professor who plays every side of every coin she’s given. And how different is a psychiatrist from a lawyer? One caveat is I haven’t see her play a lot of funny… but I bet she’s a funny bitch.

Jane Lynch. Don’t insult both of us by making me explain this. 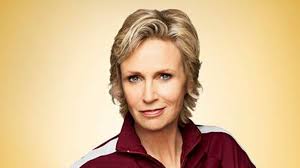 This is WAR, Peacock!

Alternate: A verrrry distance second is Suzanne Cryer. But, come on. Jane Lynch.

Alternate: Salma Hayek, who is also hilariously self-effacing and sexy. 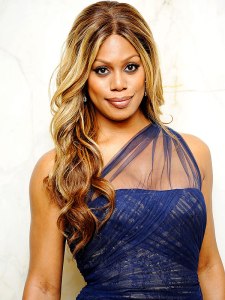 BUT LOOK WHAT HAPPENED TO THE COOK!

Senator’s wife? Party planner dresses like your very elegant crazy aunt? Laverne Cox. The batty absent-mindedness is a bit of a stretch for her, but I have faith.

Fundamental character change: Mr. Green is gay. Most 80s movies I love have a moment that just rubs like sandpaper these days. In Soapdish, it’s when they out Montana Moorehead as being trans, sending her screaming off set. In Clue, it’s when Mr. Green says he’s going to go home and sleep with his wife. Ha! Ha! He’s a good guy, and whew, he’s not really gay! Thank goodness. 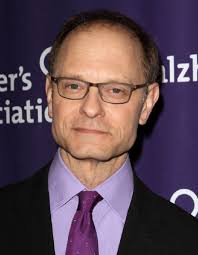 I CAN’T UNLOCK THE DOOR WITHOUT THE KEY!

Alternate: Javier Munoz. No, I haven’t seen him yet in Hamilton, but I have to cast someone from Hamilton, because it’s my movie so you shut up.

This was the hardest call. Casting anyone in Madeline Kahn’s role hurts my heart: she’s gone, she’ll never return, and no one will ever be Mrs. White. I’ve seen people suggest Kate McKinnon, but she’s too young, and too likely to play it like Madeline Kahn.

So we need someone who will capture the spirit of Madeline Kahn–her wide-eyed deadpan silliness, her utter embrace of absurd gravitas–but someone who will make the role all her… or his own. So I give you Mr. White: Tituss Burgess. He’s funny, he’s over-the-top, and he will never, ever be mistaken for Madeline Kahn.

The victims will be played by their murderers, with some exceptions (RIP Eileen Brennan and Madeline Kahn). I love the idea of killing them off, one by one–it’s a fabulous way to kill our sacred cows, and it also gives these bit characters new life. And also new death.

THE COOK: Michael McKean (Eileen Brennan, we miss you so; you’d have made a wonderful Cook.)

THE CHIEF: Howard Hesseman, and we’ll credit him this time.

Don’t screw this up, Hollywood. Do it right or don’t do it at all.