In honor of Jody Danger’s  birthday, I thought I would post a trivia question that she put out on Facebook recently. It was in reference to Crossroads, the 2002 girl-powered road movie that Britney Spears adorably referred to as her “first” movie. It was kind of like Thelma and Louise  except Crossroads had a pregnant girl and (double spoiler alert) no one drove off a cliff.

Which one of us is the pregnant one? I forgot.

The first question she asked was “What Song were Britney and her friends singing along to in the car in Crossroads?” (Not the *Nsync song…and not the Sheryl Crow song.)

This is so much fun! Let’s NEVER jump off a cliff.

It was immediately answered by one of our uber-hetero friends, but, because he was just so darned butch, we thought he was complaining about our estrogen-laden conversation. Turns out he was just being exactly right.

(Moral of the story? Don’t judge a book by it’s macho cover.)

So Jody asked a harder question. What song was Brit singing into her cereal spoon while dancing around in boy shorts at the beginning?

Stop. Before you say Ace of Spades by Motorhead, remember it wasn’t this Britney: 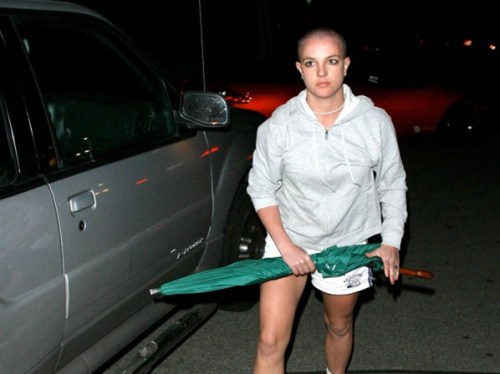 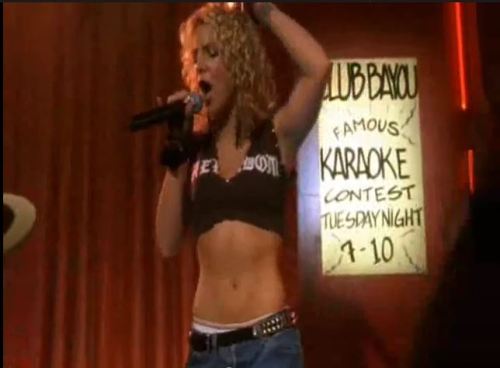 And no. It wasn’t the song she sang for the incredibly fortuitous karaoke contest.

Wait…. There was a hint in that screen cap. Did you catch it?

See it, now? Look close! … I’m pretty sure you are looking in the wrong spot.

Did you guess yet?

Here. I’ll give you another little hint: 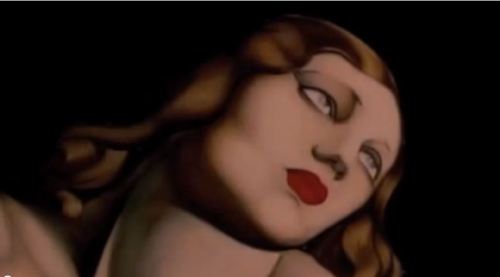 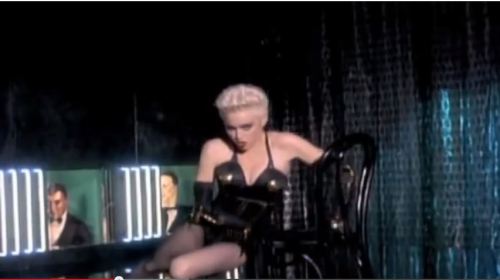 Did you know it?

This entry was posted in Trivia and tagged Britney, Crossroads, girl power, madonna, Road trip, Singing into your hairbrush, Trivia for fun. Bookmark the permalink.